In June 2019 I was asked to mix a new single from Bury based band Suave Martyrs.
Full disclosure – I was not their first choice but the person that was had let them down with just a few days to the single release date. I had previously recorded drummer “Biscuit” when he was with another band and he contacted me to see if I could help them out.

The song was Party Man.  The Suave Martyrs had been gifted some studio time with a young trainee engineer and had been able to record a couple of passes of the song. They had all the files from the tracking session. Subsequently the band had also recorded some lead vocals and backing vocals in an improvised home setting using SM58 mics.

Once it was agreed that I should do the mix and mastering for the track the band sent me all the files and I began the slow process of identifying each instrument/ mic etc and assigning them to tracks in Logic. Luckily the engineer had followed a pretty clear protocol and this was more straight forward than I had feared.

All the files started at 00 on the timeline so it was relatively easy to synch everything up. My main difficulty was not knowing the band and their music and not having done the actual recording – so I was stuck with some of the choices the engineer had made in the tracking session. For example there were several guitar parts and each had 2 different mics set close to the amp plus at least 2 room mics set further away.
All the guitar parts were recorded with the live sound that included distortion and reverb – I usually like to take a clean feed off the guitar in addition to the mic feed so that I can have more control in the mix – maybe introducing different effects and reverbs.

I’m a bit traditional with band mixes and always start with the drums – than add bass then guitars etc and build the mix that way.

The drums were well recorded  with 2 mics on the bass drum – one inside and one outside the drum and a mic top and bottom on the snare plus a mic on each tom and a pair of overheads. I was able to get a pretty solid sound as the basis of the kit pretty quickly. The band had referenced some Led Zep and Stones tracks from the 70’s for the drum sound so I kept it all pretty open and live sounding – sticking with the natural resonances of the kit where I could – keeping it all pretty dry too. Biscuit likes his drum fills so that fitted the retro references well too. 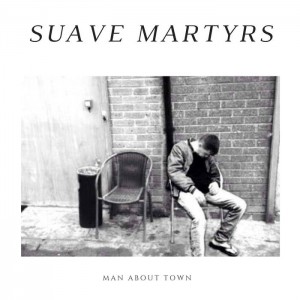 Unlike their previous single Man About Town – which had quite a 90’s “baggy” vibe – for this song the band referenced some 60s songs for the bass and so I duly worked on that round slightly thuddy sound that’s a characteristic of quite a lot of 60s music – again the tracking engineer had used two different mics on the bass amp plus some room mics so I had a bit of scope to tweak the sound.

I had loads of guitar tracks to work with as there were different parts for verses, choruses and bridges plus a solo section at the end which needed an Oasis – Columbia type of sound. Each guitar part had a mix of amp mics and room mics – I don’t know what specific mics were used but the file names reference at least one ribbon mic. In the end I found I was losing some of the room mics as they did not seem to be adding anything useful to the overall guitar sound. The song has quite an acoustic vibe for the verses with a more rock feel (in a retro way) in the choruses.

The vocals had been recorded after the original tracking session . I lined the files up with the first lot of files and set about getting a good vocal sound. The song is unusual in that there are two lead vocal parts singing different lines against each other. This was where, not having been at the tracking session, I didn’t know quite how the vocal parts fitted the song. When I sent the preliminary mix the band said – it sounds great but the vocals are out of place. It turned out the files from the vocal recording session started on bar one and not 00 as I had assumed.
The band referenced some Crosby Stills and Nash songs for the verse and a recent Black Keys song for the reverb in the chorus – quite an eclectic collection of music references! 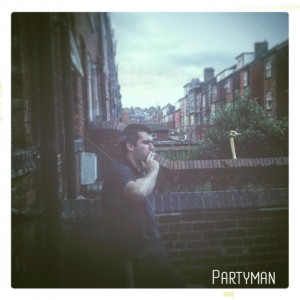 After mixing I also mastered the song using dynamic mastering (as advocated for many years by mastering guru Ian Shepherd).

In this approach the sound is optimised to work well on streaming services – you certainly don’t master as loud as you possibly can (like we have done for the last 20 odd years or so) – because if you do that the track gets turned down on Spotify and other streaming providers and often sounds flat and lifeless – but if you mix and master it dynamically it just sounds more lively – as Sam from the band said – “the drums really pop on this mix”.

A recent review of the single (14th July 2019) on thatbloggermusic.com said:

“Having listened to the song over the last week or so it definitely has that 70’s Kinks kind of feel to it, nice harmonies, simple riffs, I’d say near enough 5 minutes of Soft rock n roll at its finest.
In contrast to their other tune (Man About Town) where it hits you straight away that these guys were big into the Monday’s and the Roses and it’s as though they’re about to have a Britpop duel with Blur and Oasis, which is funny as the band supported ex oasis employer Alan McGee’s Alias Kid at Manchester’s super cool Deaf Institute earlier this year, which saw a packed out crowd witness first-hand how talented the band actually are.”

I think that sums it up quite nicely.

I actually did 2 masters for the band – one for use on digital services and the other for radio and other situations where they might be head to head with recordings mastered with the traditional “loud as possible” brick wall limiter – and where the dynamic mix I’d produced might sound quiet and weak.

I’ve followed Ian Shepherd for a number of years as he has railed against the so-called Loudness Wars – basically music compressed in mastering to sound as loud as possible – but with the side effect of lost dynamics and reduced musical interest for the listener.  It’s now become clear the Spotify and other streaming services are using a normalising algorithm for their services where, to give a unified experience to the listener, they turn quiet tracks up and loud tracks down. The very useful Loudness Penalty Website shows this very clearly. 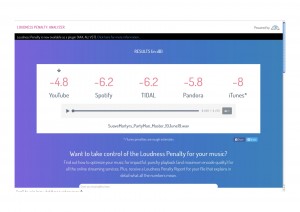 This image shows how much the “traditional” master would have got turned down by on digital streaming services.

And this is the result for the master I provided for digital streaming. 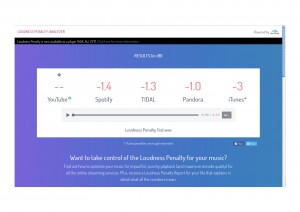 You can find out more about dynamic mastering on Ian Shepherd’s website productionadvice.co.uk