This blog consists of a series of posts by dVoiceBox owner Chris Radley looking at studio techniques, microphones and tips for recording; past studio projects and things like interesting bands, videos, voiceover artists etc. 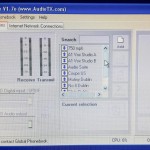 Dvoicebox had an ISDN line for remote recording sessions from 2004.  It was very useful for my own VO work plus for many years we benefitted from being the only studio near Stratford upon Avon with ISDN. The result was that for quite a number of years the dVoiceBox studio saw a succession of actors based at the Royal Shakespeare Theatre in Stratford dropping in to do an ISDN voice […] 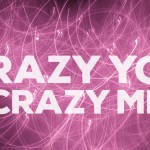 A song with a love theme has just been released by my long term collaborator and song composer Duncan Arrow and singer Amie Boyd. I’ve worked with Duncan on lots of musical projects over the years both in the studio and also at live events.  I’ve worked with singer Amie Boyd many times too when I’ve been sound engineering live events with Duncan. Duncan and Amie released a song for […]

Podcasts are one of the fastest growing media sectors. Maybe you have thought about creating one for your company or for yourself. A podcast is a great way for a company or individual to create more brand awareness or reinforce or grow a perception of industry sector expertise. For musicians it could be a good way of engaging with fans. Relevant content delivered by people with a passion for the […] 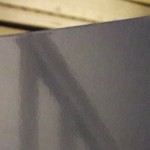 My studio is  built around my medium format 32 channel Soundcraft Ghost mixing desk.  It is almost certainly the case that if I was starting out now I would not have a desk like this but 18 years ago when I bought it new I was recording a lot of production library and TV music. Back then I was running lots of hardware samplers, sound modules and synths and I […] 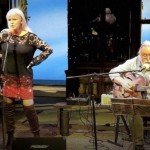 I’m working with Mick Bisiker from Rack and Ruin to provide stage lighting and full PA for a charity Acoustic Concert at Napton Village Hall this weekend. The acoustic music gig is raising funds for Myton Hospice and will take place on Saturday the 19th of October 2019. As it’s a charity gig we are proving technical support for free. It should not be too much like hard work as […] 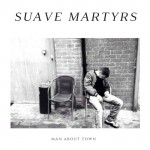 Suave Martyrs – Party Man In June 2019 I was asked to mix a new single from Bury based band Suave Martyrs. Full disclosure – I was not their first choice but the person that was had let them down with just a few days to the single release date. I had previously recorded drummer “Biscuit” when he was with another band and he contacted me to see if I […] 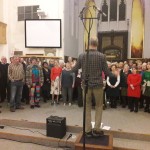 In late November 2018 Bruce Knight from the Songlines Community Choir – based in Leamington – asked me if I was interested in recording their annual Christmas Charity WaterAid Concert and producing a CD of the event. Their previous sound recordist was not available. I agreed to do the recording and CD production and set about planning my approach to recording a 100 strong choir in St Mary’s Church in […]

Since April 2018 musician and former BBC Radio 2 presenter, Frank Renton has been recording his “Still Listening To The Band” programmes for Brasspass.tv at dVoicebox.com. As you may know in early 2018 the BBC decided to pull the plug on the long running BBC Radio 2 show “Listening To The Band”. The programme had been broadcast for more than 50 years and Frank Renton had been its presenter since […] 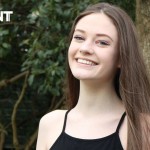 This is singer Emily Goodwin. Emily is one of the performers in this year’s Rugby’s Got Talent competition.  I’m going to be in Rugby tonight (23rd June 2018) providing sound engineering and a small lighting set up for her performance at fashion emporium CV22 – Rugby – England. The venue are her sponsor in the competition.  There is more information about the competition on facebook. Providing accompaniment on guitar and […]

I’ve just written a blog post on this topic after reading a very interesting article by casting director Mark Estdale.  He answers the question of whether to include music and FX on the showreel  Also how long should they be? What voices should they include? You can read my post on gaming voice reels on the chrisradley.co.uk website and you can read Mark’s article on the Linked In website […]