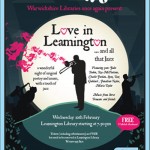 On that occasion it was a grant funded project run in conjunction with Warwickshire Libraries that saw a number of composers and musicians composing and performing musical pieces that were produced as a response to poems by Julie Boden.

Julie is the Poet in Residence at Symphony Hall, Birmingham and at that point had lived in Leamington for 10 years. The musicians were responding to poems written during that time. 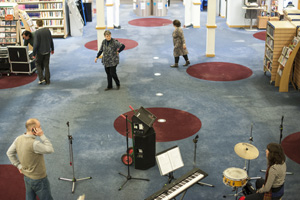 In 2013 I was invited to record the event which took place in a space in the middle of Leamington Library: the bookcases were wheeled out of the way to give an intimate auditorium.  Initially I was asked for an archive recording for the Library Service but then this eventually changed to producing a CD that was made available to the public in February 2014. I also provided a PA and FOH mix on the night.

I was subsequently booked to record the Love in Leamington 2014 event. Because of the proximity to St Valentine’s Day the theme was again love. It was again set in the Library and grant funded from variety of sources but this time the conceit was slightly different. Instead of many musical ensembles this time it was the same group of musicians all night but they were responding to the compositions of 7 contemporary poets not just 1. 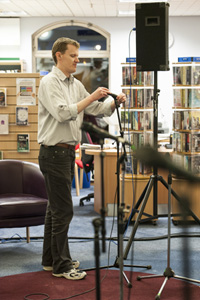 Once again I was asked to provide the PA and mix the FOH sound on the night as well as record the whole thing for broadcast on internet radio station Radio Wildfire.
The recordings of the poems and music are available from www.radiowildfire.com/loveinleam


In planning the recording I knew from previous experience that I would need an assistant. In 2013 Steff from Firedaze helped me and was kept busy with sorting out a multitude of radio clip mics while I tried to keep on top of the live mix and the multi track recording.

This time there were fewer mics, no clip or lavalier mics and fewer performers – but the time for setting up and breaking down was limited so I knew I’d still need another pair of hands.

Steff was not available so long time musical colleague Dunk Arrow stepped in to help out.  In the end he oversaw the actual recording side of things leaving me free to concentrate on the mix on the PA. 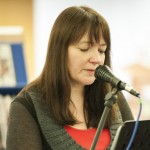 Although there were a total of 7 poets there was only one occasion on the night when 2 performed together. So for the FOH mix and recording I needed a mic for the MC, 2 mics for poets and a mic for a singer: a total of 4.

It was originally intended to have a Q and A session at the end so the MC’s mic was an HT45 AKG radio mic which we planned to use as a roving mic for audience questions. In the event there was not time for this part of the evening. We used an AKG D3900 for one poet mic and a shure SM57 for the other – the singer had a Neumann KMS105 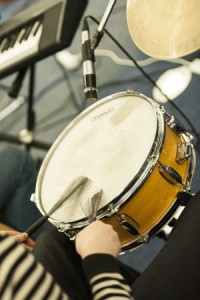 The musicians on the night comprised a jazz trio: piano, percussion, and vocals. As I said for the singer, Alison Simmons,  I used a Neumann KMS 105. The piano/keyboard of Steve Tromans was plugged into a DI box straight into the PA mix.

I also gave Steve a Shure PG81 mic for intros to songs (it was a late request from Steve and so this is not the mic I would have planned to use – it’s really good for instruments but a bit “poppy” for voices – but by the time he asked it was the only one we had left!).

The percussion set up,with Lydia Glanville,  was a cojon, snare drum and cymbals.  I used a Rode NT1 positioned close behind the sound hole of the cojon, a Shure Unidyne III 545D (similar to an SM57) on the snare and an Audio Technica AT4033 as on overhead.  We also provided a couple of foldback monitors primarily for the musicians and singer. 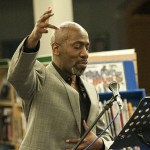 For the PA we used the Allen and Heath Mix Wizard 4 console, Studiospares multicore, a Studiomaster 700D power amp and pair of 2 way Celestion speakers with no subs. We’ve had these for a while and I think we will be replacing them later this year however on the night they performed very well. The library is not a huge space and they filled it comfortably for this kind of event where you don’t need rock gig levels of volume. 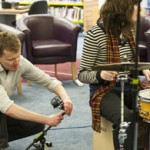 For the recording I was using a Yamaha AWS1600 8 track hard disk recorder – I wanted a multi track recording so that I would have more control when I came to mix after the event and I knew there wouldn’t be time to rig up a computer based system.

The mics in the performance space were routed through the multicore to our 16 track Allen and Heath Mix Wizard 4 which I used to mix for the PA.

On balanced lines we took prefade direct signals from the WZ4 to the 8 tracks of the AWS1600. 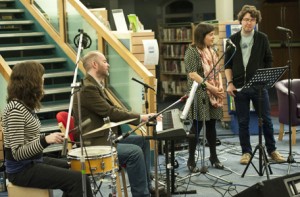 Each of the performer mics went down to separate tracks, as did the digital piano – the percussion I submixed live (on an ART Splitmix 4) down to one mono track.

Unlike the previous year this time once the mics were up and checked they would not move and would be used by all performers. 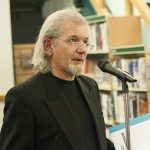 The AKG HT45 radio mic is new to my mic locker and this was the first time I had used it in a live situation. To my ears it sounded a bit toppy – there didn’t seem to be much in the bass end. I used it for MC Dave Reeves – and I had to EQ it a bit to give it a fuller sound. It generally works well – but with one caveat. Watch out if you accidentally switch it “off” – when you come to switch it back “on” there’s a pause while it connects with the receiver followed by a brief but nasty feedback shriek. Thankfully this doesn’t happen when the switch only goes to the “mute” position – on the night we left it “on” all the time muting it on the desk when it wasn’t needed and changed the battery in the interval. 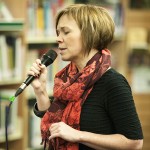 I’ve used the Neumann KMS 105 on quite a few occasions with different singers but I think this is the first time for me that its been partnered with a voice that really suits it very well. Alison has a great voice for jazz full of a lovely resonant quality and exploring quite a dynamic range.

On the night she brought her own mic but chose to stay using mine – and I’m glad she did as I think it demonstrated her voice brilliantly.

On the radiowildfire site you can hear this on the Julie Boden poem Love’s Masquerade. 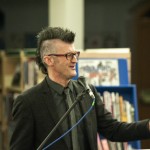 The performances took the form of poems performed with music interspersed by songs, mostly jazz standards, from the three musicians. The first half was about 50 mins and the second just over an hour.  We recorded the 2 parts of the evening.

After the event the audio files were transferred to the dVoiceBox studio Mac and then mixed in Logic to produce the radiowildfire poem master files. We also mixed the songs but at present due to licensing restrictions they are not generally available. 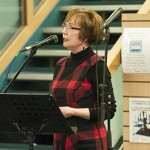 When I came to do the mixing I found I was using mostly the FOH mix with just a bit extra from the individual mic tracks to give them more emphasis and clarity in the mix. 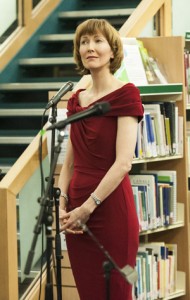 It was a very interesting and enjoyable event to be involved with – the mix of poets and the interaction between their compositions and the music made for a varied and unusual evening.  Lets hope there’s another one next year. 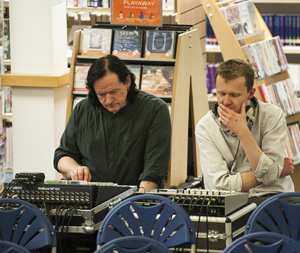 Added September 2017. I recently discovered a YouTube video (see below) of one of the performances from this event featuring a poem by Julie Boden.
The sound on the video is not from my recordings but you can get an idea of the nature of the event.