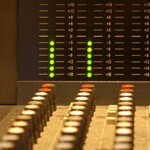 The dVoiceBox studio has been in existence for a few years. As I’ve explained on the “about” page the studio specialises in spoken word projects. This is because the studio is ideal for this kind of work. I started off recording bands but the set up isn’t very good for bands and in Leamington there are loads of other studios that are far better set up for band recording.

I’ve been a voiceover artist for much longer than I’ve run my studio and I know from first hand experience that although all studios offer to record voiceovers some are rather better at it than others. Voice work is an extra service that other most other studios offer, in addition to their main work which is recording music.

At dVoiceBox we only do voiceover, vocalist and spoken word projects – voices are what we focus on.

I recently decided that the studio website needed to be updated – it had served pretty well but what had looked great a few years ago was starting to look tired. I also wanted to have a website that performed better in SEO which these days seems to mean using a platform like Word Press. In addition my analytics were showing that more and more people were searching on mobile devices – so I wanted a site that worked well for those people too.

I’ve recently worked with web designer Duncan Arrow on a project to set up a fans only website for the band Firedaze so he seemed the logical person to bring in on the project.  He’d recently created his own WP theme which we’d used on the Firedaze project now he was keen to hone it’s functionality further. I briefed him on the look of the site – which I wanted to echo my main Chris Radley Voice Over site – and so he created the structure and the look and I wrote the content. 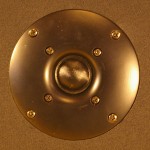 It’s still work in progress – but these day’s all websites are – For example I’ve still got to upload some audio examples of clients’ work and, up until just now, I still needed to write a first post for this blog. So now I’ve got that box ticked.

I hope to write regularly here. I’d found on my Voice Over blog that I was sometimes getting into the more technical aspects of the best mics to use and reviewing new equipment. A studio blog seems a more logical place for that kind of content.

Plus I hope to add some info and advice to help people starting out in the world of Voiceover.